Fun Fridays: Dragoncon!! And why everyone should go at least once

It’s Labor Day weekend in the U.S., and for a lot of fabulous, geeky folks (yes, that’s me), that means one thing: DragonCon!!!!

What is DragonCon, you ask? Oh, you poor things. Let me educate you on the wonders of this fantastic and awesome convention. DragonCon is billed as the Southeast’s — and possibly the universe’s — largest multi-media, popular culture convention focusing on science fiction and fantasy, gaming, comics, literature, art, music, and film! But that description doesn’t even do it justice, y’all. I’m serious. It doesn’t.

I heard about DragonCon several years ago, wanted to go, but could never scrounge up the time or money to make it. Last year I buckled down and went to Atlanta on Friday, but for only one day. I’m a poor, struggling writer, after all.

First of all, there’s something going on 24 hours a day for the four days of the convention. For us literary bookworms, there are writing workshops with authors such as Sherrilyn Kenyon and Charlaine Harris, writing workshops with top agents and editors, workshops and panels on every topic from paranormal romance to steampunk, screenwriting and fantasy and horror.

For us fandom geeks, there are celebrities from almost every TV show we love — Buffy, The X-Files, Once Upon a Time, Dr. Who, The Walking Dead, Supernatural, The Vampire Diaries, Battlestar Galactica, True Blood, and on and on —and celebrities from the world of comic books — Stan Lee, y’all. Stan Lee!

There’s nothing like sitting in a massive room with hundreds of other fans and the stars from your favorite shows or movies. The camaraderie that flows at DragonCon is wonderful. I felt like I was among my people. At least for a day.

But the best thing, by far, about DragonCon are the attendees.

A lot of people go to DragonCon just to photograph the attendees — thousands of whom show up in costume. I’m talking Hollywood professional costumes.

My fondest memories from last year’s con were of riding on an elevator with two zombies on one side and a stormtrooper on the other, and we all chatted about our love for all things Joss Whedon because actor Nicholas Brendan had just brushed past us and passed through our little crowd in the lobby. I don’t know who those zombies and that stormtrooper were, but for a few minutes, they were my best friends.

That’s the power of DragonCon.

And yes, I’ll be making the trip again this year, and again, only for one day — Sunday. Yes, of course, I’ll report on here afterwards. With pictures!

In the meantime, here are some of my memories from last year’s con to give you an inkling of how much fun it was. 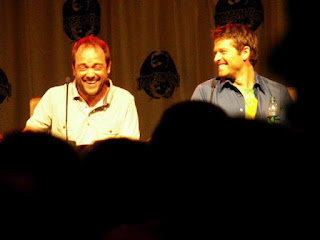 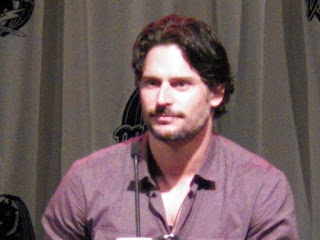 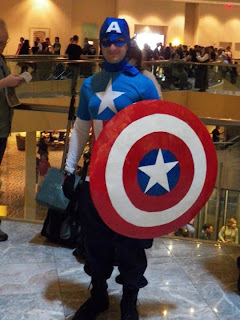 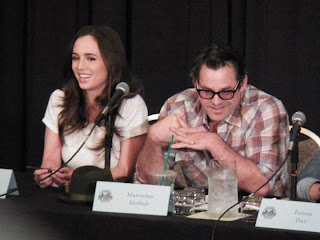 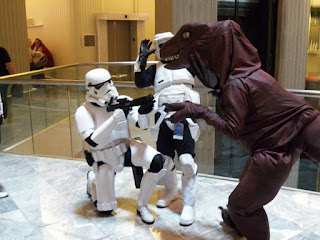 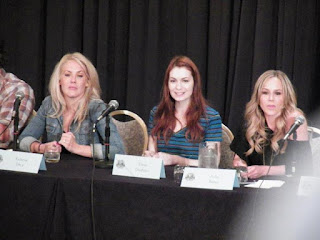 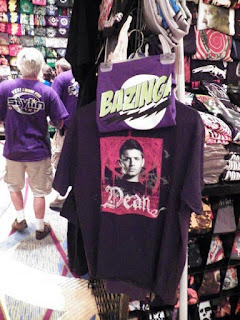 For my Fun Friday Q&A guest today I have a very special guest and fabulous friend to feature  — author Pamela Hearon, whose Harlequin SuperRomance debut Out of the Depths released last week. I can vouch for Pamela's fabulous-ness because she and I have been critique partners for many years and she has never once told me to my face (or in an email) that I am weird, although when I pointed this out to her, she said, "I love weird—that’s why we get each others’ stuff!" which only made me heart her more.


As her CP, I can also vouch for what a great story Out of the Depths is, and I can warn you to be on the lookout for her upcoming books as well because they're all great reads. What is Out of the Depths about, you ask?

Kyndal Rawlings thought she'd learned her lesson when Chance Brennan left her to pursue his Ivy League dreams. Yet here she is, in Kentucky, falling for him all over again. Maybe it's being stranded in a cave with him…the same place they first became lovers.

Or maybe there's still something between them.

Not that anything will change—even after four tense days of depending on each other for their very survival. Chance needs a certain kind of woman to help him with his career. And Kyndal will never be that kind. But something has changed. Something that will force them to decide what they really want.


Maybe growing up in Kentucky didn’t have any impact on Pamela Hearon’s writing, but she has her own theories and believes otherwise. A lifetime of those sultry Southern nights surely infused her blood with a special heat—the kind that transforms simple love stories into tales of romance and desire and gives even the most unlikely couples their Happily Ever After.

She let me pick her brain for a while, and we talked about her new book, what she has planned next and advice for aspiring authors.

Angela: I have to start off by saying I really loved reading Out of the Depths. What inspired this story?

Pamela: Years ago—actually while I was in high school—some friends and I found a cave and went exploring. Memories of that experience have stayed with me ever since. I was trying to come up with a fresh, new setting for a story, and that one popped into my mind. The story evolved out of the setting, which I realize is a very strange way of doing things. Then as I wrote the story, the passageways in the cave became symbolic of the passageways of the heart, and the adventure of falling in love.

Angela: Why did you choose Kentucky as your setting? And inquiring minds want to know — is the cave featured in the book a real location? Cause I kinda wanna go visit it now. :)

Pamela: Kentucky is my home state and will forever be the place of my heart. We’re always told to write what we know, and I know Kentucky intimately. The cave in the book is much larger than the one my friends and I explored—or at least the section we explored. I always imagined many more passageways yet to be discovered if we’d had the time.

Angela: I already know the answer to this question, but I'll ask it anyway. Are you planning any other books featuring characters found in Out of the Depths?

Pamela: Yummy Rick Warren gets his own story next, and Chance, Kyndal, and Sheriff Buck Blaine make cameo appearances in that story as well.

Angela: What advice would you give to aspiring authors who haven’t been published yet?

Pamela: Does it sound too corny to say you have to believe it will happen and keep plugging away at it? As a daily affirmation, I actually cut book covers of other peoples’ books out of magazines, covered their titles and name with my own, glued it on a sheet of paper and taped it to my bathroom mirror. That paper stared me in the face each morning and was one of the last images in my brain before I went to bed. It kept reminding me to not give up—it was going to happen.

Writing is a craft as well as an art, and just like with everything else, the more you practice, the better you get. Keep practicing.

Angela: So tell us, what can readers expect from you next?

Pamela: My second Harlequin SuperRomance The Summer Place, with Rick Warren starring as the hero, will appear on shelves April 2013.

Let’s get to know Pam the person with these questions:

Q: Are you a member of any TV show/film/book fandoms?
Pamela: Officially? No. But I am a rabid fan of Diana Gabaldon’s Outlander series. I devour the books as soon as they’re released. My autographed copy of The Scottish Prisoner has a front-facing, prominent place on my bookshelf. Favorite TV shows—Friends, Damages, Game of Thrones, Homeland, The Big Bang Theory, How I Met Your Mother, and The Newsroom.

Q: What’s the last book you read for fun?
Pamela: I just finished Killing Floor by Lee Childs two days ago. I can’t really say it was “fun,” but it was fast paced and quite entertaining.

Q: If you could spend one day as any fictional character, which one and why?
Pamela: I didn’t even have to think about this one. I would choose Claire Frasier from the Outlander series. Why? A day with Jamie Frasier—‘nuff said. :)

Q: Hobbies?
Pamela: I have a huge perennial flower garden where I spend a great deal of time. I love being outdoors. I use the time to think about plots and characters, so I’m writing even when I’m weeding. (weeding and writing

Angela: I'd like to thank Pam for being my Q&A guest today. Now go buy her book. It's a great read.

Visit Pamela on her website (www.pamelahearon.com), on Facebook (http://www.facebook.com/#!/pamelahearon), and the second Monday of every month at her group blog—Everybody Needs a Little Romance (http://everybodyneedsalittleromance.com).
Posted by Angela Campbell at 3:13 AM 3 comments: