You wouldn't happen to be getting married soon, would you? If you are, you can thank me later.

Today I'm happy to welcome to my blog author Samantha Birch, whose new book The High-Street Bride’s Guide, released yesterday to excellent reviews. A nonfiction guide for brides to be, the book is sure to be a best seller and can help brides navigate the sticky waters of wedding planning.

I invited Samantha to answer my questions, and she is so nice she agreed. Without further ado, let's get started!

Angela: Welcome to my blog, Samantha! Describe yourself in five words or less.

Angela: Nerd, you say? The next question should be a good one (says the fellow nerd). Are you a member of any fandoms (TV/film/books)? If so, which ones?

Samantha: I was buy-it-the-day-it-comes-out into the Harry Potter books back in the day. Now I reserve the same level of commitment for Terry Pratchett’s Discworld.

Angela: Do you have a celebrity crush?

Samantha: Chris Piiiine. That’s how you have to pronounce his name because he’s too beautiful to say it without your knees buckling.

Angela: You can invite five people to dinner, living or dead. Who would you invite?

Angela: That sounds like it would be an awesome dinner party! Thanks, Samantha, for visiting. 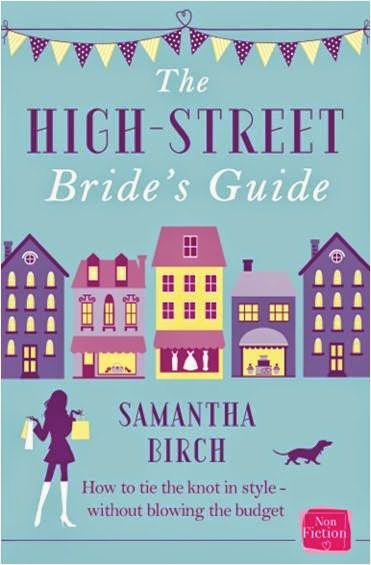 Brides-to-be, this one’s for you!

You can say your vows in a catwalk gown so beautiful it reduces your mum to tears (and not because she paid for it).

You can style a reception so stunning your guests won’t believe you didn’t hire an A-list planner.

And you can sprinkle the day with personal touches that make everyone feel like you gave them special attention before they even got there. Without spending a house deposit on it. Honest.

Samantha Birch has written for GLAMOUR, Brides, You & Your Wedding and Cosmopolitan Bride. She knows a thing or two about planning a wedding on a budget, how much you can expect to pay for everything and where to go to get it for less. And she’s put it all down here.

Posted by Angela Campbell at 3:00 AM No comments: 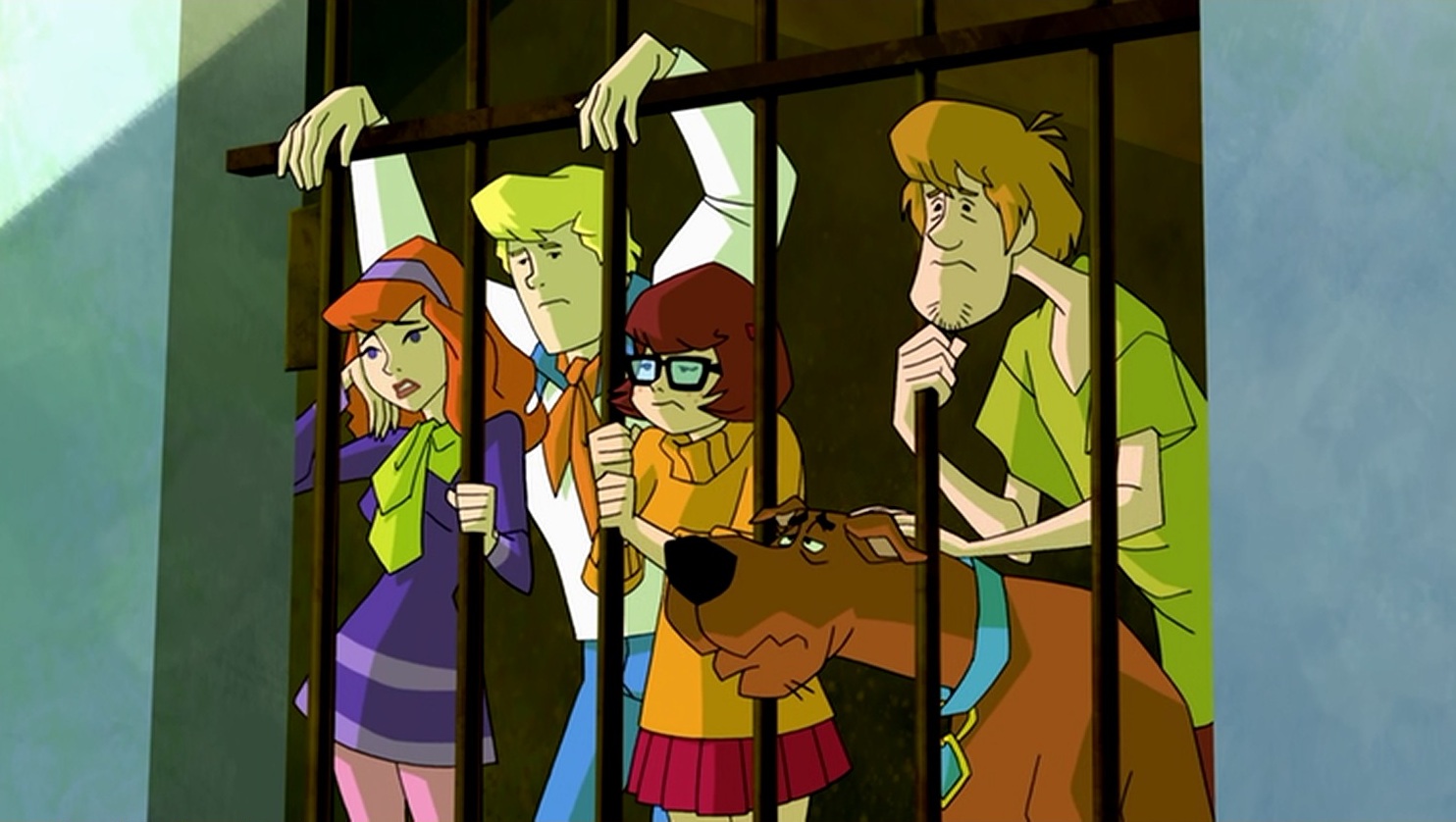 So a funny thing happened last week. Yeah. Not really, but for cliché’s sake (and because I'm still too weak to think of anything better), I’ll stick to that opening.

For the last almost-week I have been pretty much bedridden. So I’ve left my bed a few times, here and there, but considering how little sleep I usually get, I seriously should have changed my Facebook status to “In a relationship with My Bed.” That’s how serious it got.

Some R&R is a good thing. When you’re coughing so much you’re not sure if you still have a lung, it’s not all that fun to be stuck in bed. I don’t think I would have survived it without Netflix either. I couldn’t read. Too much effort. I couldn’t write. Way too much effort. But I could stare mindlessly at my TV while I laid there and coughed and writhed in misery.

And I renewed my love of all things Scooby Doo.

Ask anyone. They’ll tell you my desk at work has always had Scooby memorabilia on it. Always. I heart the Scooby gang and always have.

The new “Scooby Doo” movies produced in recent years? Own them. Most of them I like with a few misses here and there. But I had never watched Mystery Incorporated, one of the newest incarnations of the Scooby gang.

It popped up in my Netflix recommends cue. So I watched it. Both seasons.

Why have I never watched this show before? Why was it cancelled?! It’s awesome!

Granted, I was beyond annoyed to begin with. I didn’t like that Velma was dating Shaggy and kept suggesting ways to “ditch” Scooby in the first season. Velma was not a likable character to me. But the rest of the gang? So hilarious. Daphne is my new favorite. That girl had me in stitches, and when did she get so smart? Fred? Hilarious. His love affair with traps is too funny. The Sheriff, voiced by Patrick Warburton, was a genius addition. (Don't worry. In the second season, Velma became way more likable again. And funny!) The overall jokes are wicked funny, too. Not inappropriate for kids, which I appreciate, but simply…funny.

Anyway, I realized as I lay there in my fever-induced sickness watching it, how much Scooby Doo has probably influenced my own style of writing, possibly more than anything else. I write (hopefully) witty mysteries with a supernatural baddie usually thrown into the mix. I have my own Scooby gang of characters working together to solve those mysteries. And I have a dog — two of them — and a cat, who are all sidekicks of a sort.

A stretch? Yeah, probably. Still. Here are a couple of things about great writing that resonated with me after watching Mystery Incorporated. And while it in no way is as good as the original series from my childhood, it’s awesome to see the gang live on in modern times in a worthy follow up.

One thing that really put me in this new show’s favor was that it kept nodding back respectfully to its origins. For example, some baddies from Scooby Doo! Where Are You! made cameos throughout the series in the town’s Haunted Museum. And the characters maintained their trademarks from the original series, including their dialogue catchphrases “Jinkies!” “Jeepers” and so on. This kind of writing is great for writers of series books to learn from. It gives an insider’s joke feel to longtime readers and piques the curiosity of new ones. 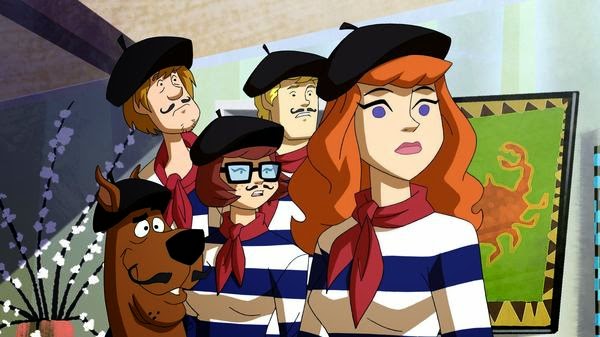 Every one in the gang is important.

Shaggy and Scooby are the main heroes in any Scooby tale, but Mystery Incorporated really gave each of the members a cool backstory and defined personality. Thus, I felt engaged with each episode. Characterization is so important in writing. You can only have so many two-dimensional secondary characters until the overall plot begins to suffer. Make those secondary characters come alive! And the story will be better for it!

Romance speaks to all ages.

I never thought much about Fred and Daphne as a couple until watching Mystery Incorporated. But the writers of the show had a lot of fun with their relationship, which changes dynamics throughout the show. By the end of it, I was totally rooting for them! Because who doesn’t love a good romance when it’s that organic?
Posted by Angela Campbell at 4:00 PM No comments:

I'm very happy to introduce readers to new author Lynn Montagano, whose debut book Catch My Breath released yesterday from Harper Impulse. Lynn is a former TV news writer who took the plunge and finally wrote a novel, and don't you just love its cover (see below)?

Let's both get to know Lynn a little better with some mind-delving questions.

Angela: Welcome to my blog, Lynn! Describe yourself in five words or less.

Angela: Fellow control freak, right here.  *raises hand* I'm also a geek, so I always ask, are you a member of any fandoms (TV/film/books)? If so, which ones?

Lynn: I like a lot of different things but I don’t know if I’d consider myself part of a fandom. I’m overly obsessed with football, does that count? ;) I love the Harry Potter books and movies. I also adore the Indiana Jones trilogy (the 4th one was…meh).

Lynn: Oooh, my ideal man. A sense of humor is really important, along with a sense of style and intelligence. I’m pretty much sold on funny and smart. I don’t care if he’s the most gorgeous thing to walk the planet, there has to be a personality behind the looks.

Lynn: I have to pick just one?!? At the moment it’s Rob Kazinsky. He’s a British actor probably best known for EastEnders. Last summer he was on True Blood, which I never watch, but tuned in to see him in action. He’d be a good candidate for the “ideal man.” Handsome, funny AND British. Win!

Angela: Oh, I know who he is! All right, final question. You can invite five people to dinner, living or dead. Who would you invite?

Angela: Sounds like an awesome group! Thanks for stopping by today, Lynn!

For the rest of you, please check out Lynn's Facebook page: