In case you aren't aware, several book bloggers are celebrating all of the wonderful books being published by the Harper Impulse line — which publishes some of the best romantic fiction I've read in years. You can follow along on social media with the hashtag #HIFortnight to see all of the author interviews, Q&As, and reviews being featured through May 10.

I'm incredibly fortunate to be published by Harper Impulse because there are some amazing authors over there. I know because I've read more than a few of the titles. In a perfect world, I'd have time and be independently wealthy enough to read all the titles. All of them! Because they are just that good. So, to join in #HIFortnight, I culled my Goodreads profile for some of the reviews I've done for Harper Impulse books and have compiled them here for easy access. Sure, I've gotten to know some of these tremendously talented folks, but my reviews are completely honest. I can't wait to read some of the other Harper Impulse titles still waiting for me on my Kindle, but until then, here are some for you to consider:

The Keepers: Sienna and Archer
I absolutely love this series by Rae Rivers. As a fan of all things paranormal, I’m glad to see a series based on witches with a fresh, new take. Sienna is a witch, and she has three gorgeous brothers as her keepers, or protectors. These two books reveal a passionate love between Sienna and Archer, one of her Keepers, and the rough times they must weather to be together. I’ve been anxious to read “The Keepers: Declan” but haven’t managed to find time yet. I need to rectify that soon!


The Songbird and the Soldier by Wendy Lou Jones
It’s hard to reveal why I enjoyed this book without giving away spoilers, so I’ll simply say this book is hauntingly beautiful, in the way it stays with you long after you close the book. It does feature a triangle of sorts, although I was rooting for Andy from the beginning. Ultimately, the heroine must choose between two soldiers, and her journey is incredibly emotional — you’ll laugh, you’ll cry, you’ll love this book.


All Wrapped Up in You by Sun Chara
This was a short novella that’s Christmas-themed, although I read it in August. In this one, the hero and heroine are married but going through a rough patch after Ellie leaves Peter because she doesn’t feel fulfilled in their marriage. There’s angst and passion, which always makes for a good read. Plus, I love a good story where the hero/heroine get a second chance at love.

Twitter Girl by Nic Tatano
As a journalist, I am pretty wary of reading books that feature journalists as characters because they are usually misrepresented, with authors constraining those characters to most people's stereotypes of journalists. Thankfully, that isn't the case here. The "Twitter Girl" is Cassidy, a TV reporter who is fired for snarking in public that a tornado improved a certain state's landscape. She's hired because of her following on social media to work for a politician, and while I mistakenly assumed the hero of this book was going to be the politician, I was pleasantly surprised by who the hero turned out to be. Mr. Tatano's writing style is easy and fast-paced and kept me smiling as the story unfolded. He also portrays a realistic journalist, with all her quirks, and Cassidy reminded me of some of my colleagues. Many of her tweets were hilarious, and I was truly sad when this book ended. It was a quick read, fun, and entertaining.


What Happens To Men When They Move To Manhattan? By Jill Knapp
I really enjoyed this book, which is weird because I am among the rare minority who never liked the “Sex in the City” TV series and this book had the same kind of vibe. Here, there are lots of young adults trying to establish themselves and connect with one another in the bustling metropolis of Manhattan, but the main character is Amalia, who is, thank God, very grounded compared to a lot of her friends. But Amalia isn’t without her faults, which also makes her very relatable as a character. I didn’t spend my young adulthood in NYC, but who didn’t make mistakes or endure heartbreak when they were in their early 20s? A lot of the dialogue was witty and fun, allowing for a quick read. I assume there will be more books in the series, and I look forward to reading more from this author.


An American Girl in Italy by Aubrie Dionne
First of all, I read this book in one sitting, which should signify how much it captured my attention. The romance was a little slow to build, but honestly, I liked that Carly and Michelangelo had a rough meeting and a lot of "cute" moments before emotions got involved. As Carly noted early on, most romcom movies start out that way, which shows how clever and self aware the author was in her setup. I really liked Carly--her insights into being a career-minded member of an orchestra were often humorous and always interesting. Michelangelo was an honorable and worthy hero, which I found refreshing. Overall, this was simply a fast-paced enjoyable read.


Christmas at Thornton Hall by Lynn Marie Hulsman
I read this book in July, so it doesn't have to be Christmas for readers to enjoy it. What great read! Juliet is a fun and feisty heroine — I giggled when she thought about rolling the potatoes she'd just purchased at a market in the dirt to appease her employer who preferred fresh and organic — and her journey is one a lot of people can relate to, despite the high drama around her. The author has a real talent for creating likable characters, even if you aren't sure you're supposed to like them, and the romance builds and has a good, rewarding end. If you love contemporary romances, romantic comedies or Christmas stories, give this book a try.


Santa Wore Leathers by Vonnie Davis
This was a fun book to read at Christmas! I admit it — the dog on the cover had me reading it before all the other seasonal titles on my Kindle! Einstein was a great doggy character.


Waking Up in Vegas by Romy Sommer
This book features one of my favorite tropes — a h/h waking up married without any memory of how it happened. Plus, it features a lovable, zany heroine named Phoenix (I love that name) who needs some convincing by Max, her new hubby, not to run. Max, it turns out, believes in love at first sight, or at least, his family does. And Max is a great hero. This book was simply a lot of fun to read.
Posted by Angela Campbell at 3:00 AM No comments: 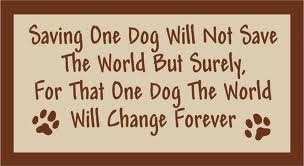 Anyone who knows me knows that I love animals. LOVE them. Cats, dogs, rabbits, horses, wolves, bears, elephants, snakes...well, maybe not so much on the snakes, but you get the idea.

For the past year or so, I've gotten involved in animal transporting, which means I pick up some at-risk animals from my local kill shelter and drive them to an animal rescue group, where volunteers foster and then help find homes for these lucky cats and dogs who were only within hours of death. This past weekend, I drove six cats from my local shelter to a rescuer in North Carolina — and I made a video explaining what transporting is and why it's so important. Make no mistake here. I'm not the heroine of this story; that credit belongs to the folks who arrange to pull the animals and then take them in until the fur babies find a new home. I'm simply giving these critters a lift, and anyone can do that. Unfortunately, it was far too dark to film on my phone any footage of the actual handing over of these kitties, plus I'm not gonna lie. I was too exhausted to film anything at that point. But the video below should give you an idea of what the entire process is like. I hope after watching it, you'll consider donating money or time to YOUR local animal shelter. Or, maybe you have a few hours to become an animal transporter, too. It's totally worth the cost of gas to give a few animals a second chance at life. Trust me.

In the meantime, please do me a favor and spay or neuter your pets. It really does save lives.


Posted by Angela Campbell at 2:10 AM No comments:

Grab some great fantasy YA books from Story Bundle 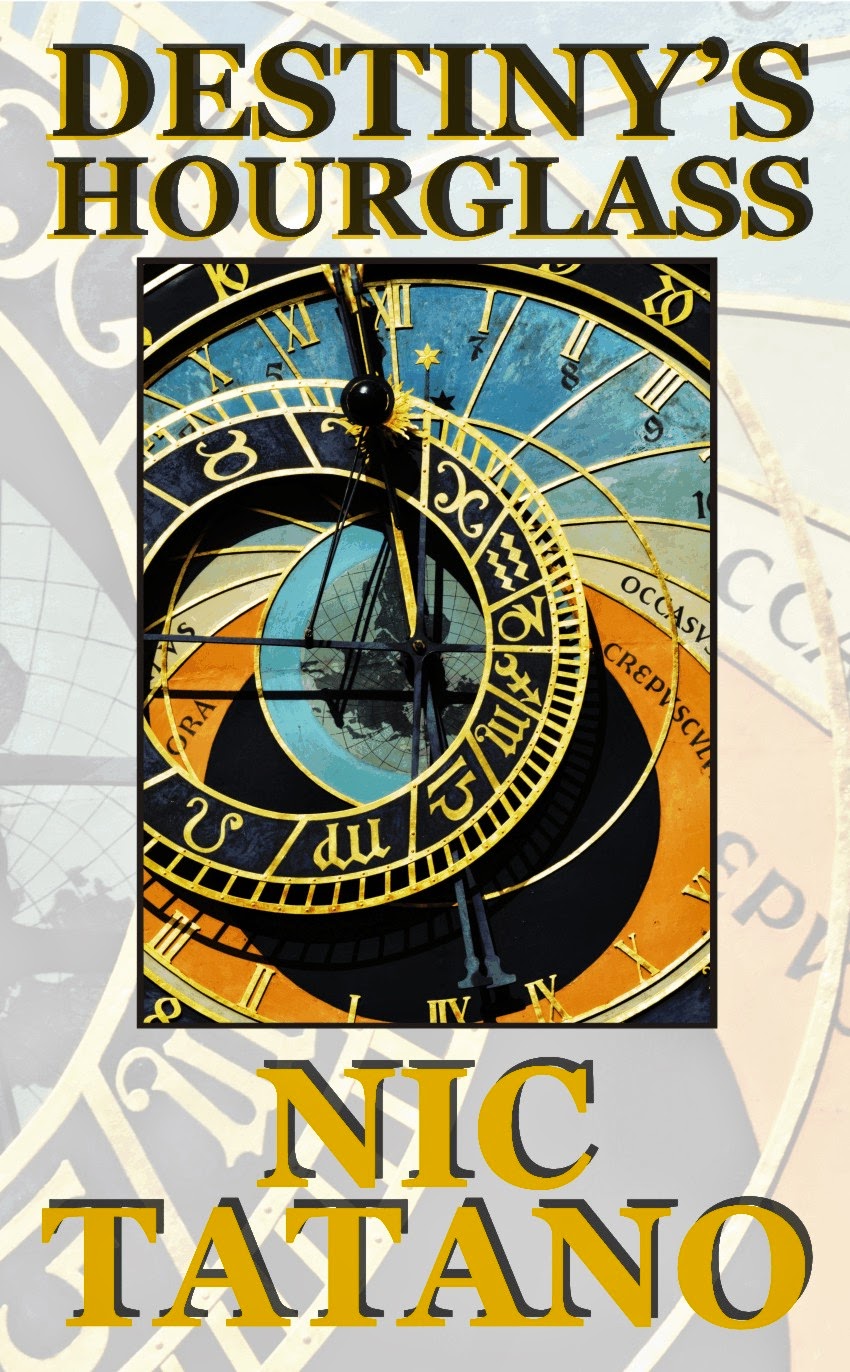 A while back, I had my friend and fellow author Nic Tatano here on the blog — or rather, his character Cassidy Shea aka "Twitter Girl" stopped by to chat with me. Nic is a great writer who not only has one cool fantasy book just released, but another one coming up soon.

Even better, one of his books is part of a young adult fantasy bundle right now. Check out his blog for more details on Story Bundle and how you can name your price for the books AND enter to win a Kindle or a $100 gift card.

Here's a bit taken from his blog about the story bundle in which "Destiny's Hourglass" can be purchased:

The young adult bundle is called "Crossing Worlds" and every book features a young protagonist dealing with amazing challenges in magical worlds. In my case, "Destiny's Hourglass" is the story of a teenage boy who can change the future with his mind. Yeah, I know the current trend is to write kick-ass girls, but I thought the guys deserved equal time. And, ya know, that Harry Potter kid seemed to develop a decent following.

Take a closer look at the Story Bundle here.

And if you love fantasy YA, check out Nic's exciting Jillian Spectre series: