Click here to read part one by Lori Connelly or part two by Lynn Marie Hulsman of Written Fireside: On Valentine's, a round robin story from several authors.


The stranger reached and brushed a strand of hair away from her eyes. “Nice hair. Blue is my favorite color.” His expression grew concerned as his own cobalt blue gaze raked over her face. “Are you hurt?”

Cat blinked, not having to fight so hard to stay conscious now. Hurt? Only her pride. She moved to push herself up, yelped at the pain in her right arm and tumbled back again. On second thought, maybe more than her pride. That thump behind her skull had turned into a full-fledged marching band stomping on her brain. She groaned and pushed Mongo away with her good arm as her dog's tongue took another swipe at her face.

“Easy.” Jed’s hands were gentle as they explored her arm and tilted her face for inspection. “What’s your name?”

“Catherine, I’m going to carry you to my cabin. I have a first aid kit. All right?”

She pursed her lips, wanting to tell him no thank you. She could walk on her own. Dizziness threatened to turn her stomach, putting an end to that idea.

So much for an empowering experience. She hadn’t been here an hour and already needed help. Fantastic.

Cat managed a nod, and Jed lifted her gracefully into his arms. As he walked, she skimmed his handsome features. Dark brown hair curled around his ears, and stubble lined a strong, square jaw. Something about him seemed familiar, but how?

“How did you get inside?” A frisson of fear ran down her spine.

“Excuse me?” He froze where he had been rummaging through a cabinet. 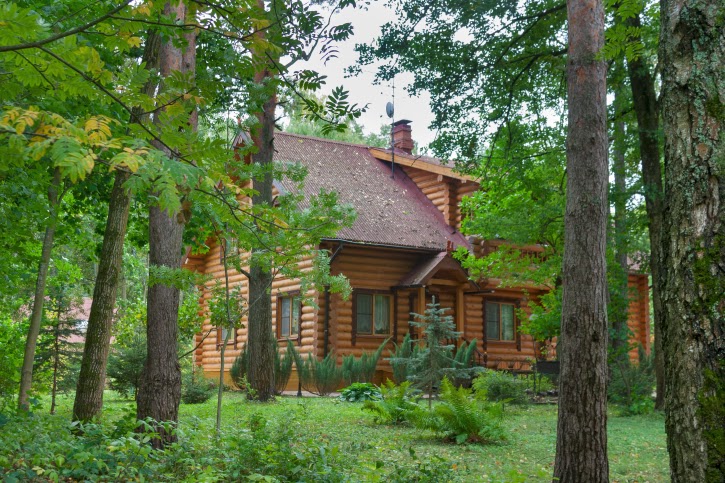 “This is my cabin. Well, not mine exactly. It belongs to my friend’s family. I’m staying here for the weekend.”

He turned and considered her. Something warm and exciting sparked in her belly as their gazes met and held.

A small smile played at his lips as he handed her two painkillers and a glass of water. “I’m friends with Danny. He told me I could stay here this weekend. Dropped me off a couple of hours ago.”

“Didn’t he know I was going to be here?” she squeaked.

“Guess not.” Neither did he seem bothered by the idea. Gently, he felt along her arm again. “I don’t think it’s broken, but we should probably get you to a doctor. Where’s your car?”

“I don’t have it. Makayla dropped me off.”

He pulled out his phone and frowned. “No signal. You?”

She gestured to the backpack she’d been carrying. He retrieved her phone from the front pouch and held it up for her to see. The faceplate was shattered. Her phone was useless--just like she was.

Read Part Four next week, Feb. 25, on Zara Stonely's blog here. In the meantime, check out one of her books! Visit her website.

Posted by Angela Campbell at 3:00 AM